What does this motorcycle and bike.... 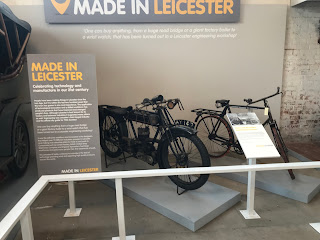 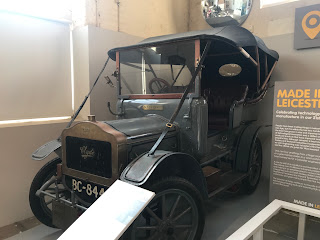 Have in common? The answer is that they all used to be manufactured in Leicester. One of the greatest things about my trip is all the museums there were...free museums, just waiting to be discovered. This was was the Leicester pumping station. A sewage pumping station seems like an odd place for a museum, doesn't it? But it wasn't at all. 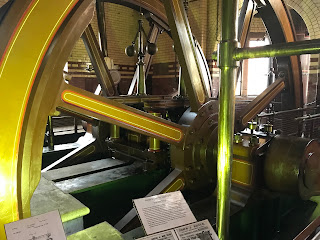 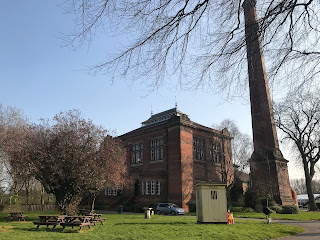 The Victorian designer wanted it to look like a country home.... 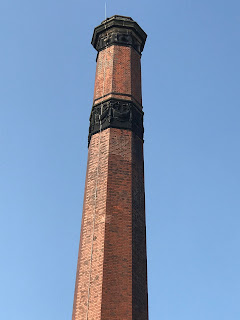 Albeit one with a huge chimney. 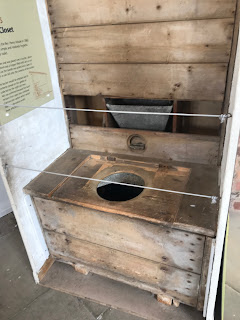 At the time, outdoor privies were the thing. This is an ash one. The metal container was shook into the pit after every use. It was kept full of ashes from the fire. Waterborne diseases were rampant and killed many. 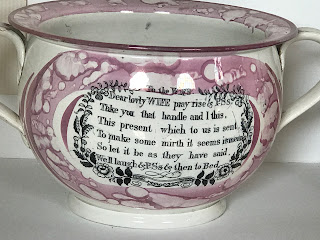 So the Victorians decided that the sewage needed to be pumped away from the town and the pumping station was designed and built. Not without controversy of course. The rich were not sure that the regular folk could be trusted not to waste water with the new fangled flush toilets. 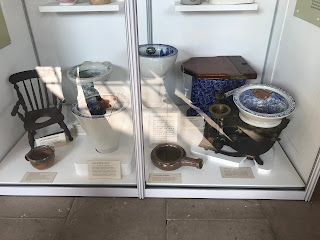 But the lifesaving site was built. 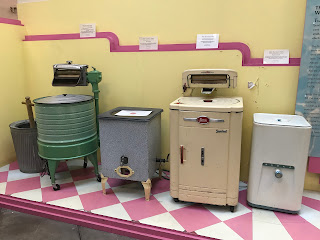 A progression of washing machines. 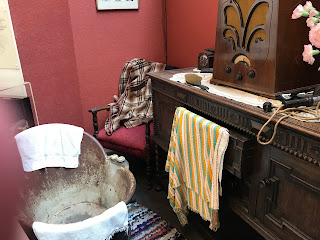 A random music box which caught my fancy.
We saw the city museum as well and we walked in Abbey Park, stopping for coffee in a cafe.
Two things: I cannot get blogger to center align to save my soul, so you're going to have to ignore that.
Additionally, we are very busy right now. As previously mentioned, a long term tenant died last month. We bought the house with him in it. I had never seen the apartment myself. We are completely remodeling it, so I will be quite busy for the next few days. Will post as I can.