This post was originally from 2008. We had just bought our first house to renovate. I was beyond pissed when Tim decided he wanted this one too. He pushed hard. He wanted it. Our agreement was that we would fix up a place, and then use the money to buy our next place, get that on line, and on and on. Yet there was Tim, pushing and pushing.
The day that we were to sign the final papers, I had just discovered I had cancer. I was sick about it. Whatever were we going to do? Tim was laid off for the first time. We did not realize that this was the first layoff in a long string of layoffs, due to the NAFTA agreement. Good paying machinist jobs left the country as companies could now get the work done for cheaper using foreign labor.
As it turned out, this house saved our bacon. It was already divided into three apartments, one efficiency and two regular apartments. It was in good shape (as opposed to the first house we bought, which took two years to get up and running). We got a call from a woman who wanted to rent the evening that very first evening we had it. He went down to see what would be involved in getting it ready for her to take. As he was unlocking the door, he heard a cheerful, "Hey, Tim. I didn't know you lived here." It was someone he'd gone to school with years back. Tim explained that this was a rental. The man said that HE was looking for a rental. He came in and looked and took the upstairs apartment on the spot. It was an unbelievable happening. The rents from those tenants paid for the repairs to the other house and generated an income during a pretty grim time.
Anyways, the post from 2008:
You know, all this talk about the economy, and the trouble that the banks are having. Really, they've brought it on themselves. Now that they've gotten themselves into this mess, we're going to have to save them. That provokes me to no end. Our bank called us a couple days ago to see if we wanted more credit. No, we told them. Isn't that what got us all into this pickle? Too much credit? But I'm starting to rant. 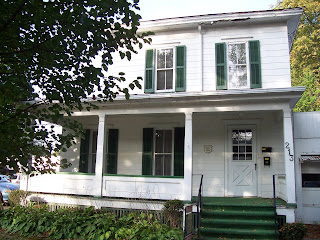 This is our latest acquistion. 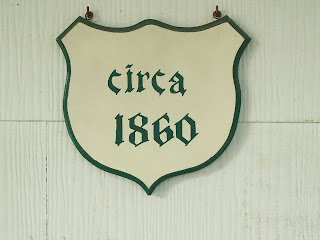 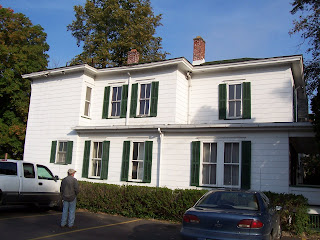 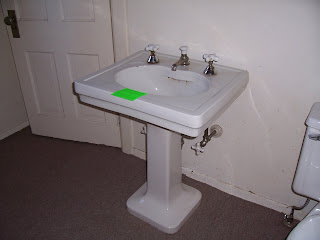 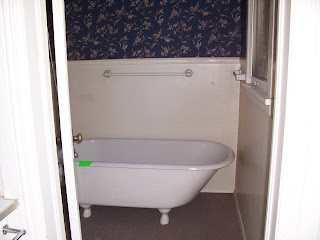 It has three very cool bathrooms. Ignore the green stickers. That just indicates that the place has been winterized, so that water will not freeze in the pipes and explode if the place stood empty and unheated over the winter. 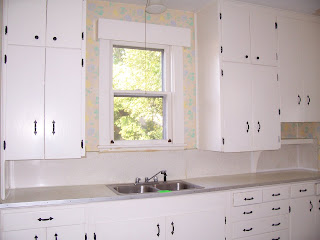 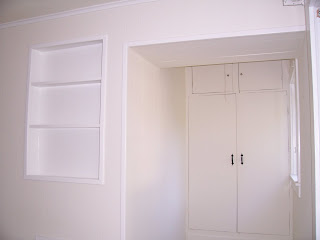 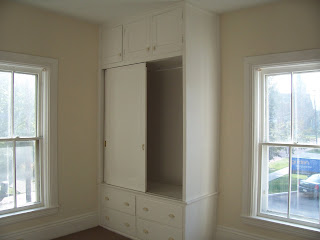 The place has all sorts of built in cupboards and cubbies, and neat things, as old historic homes are wont to have. We even found a secret compartment behind the fireplace.

It was empty. No treasure. 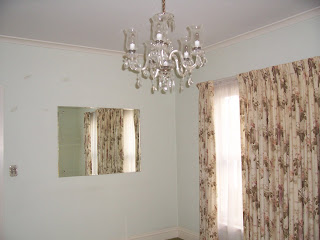 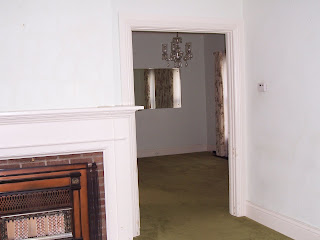 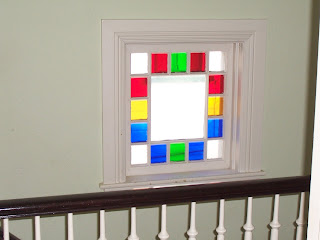 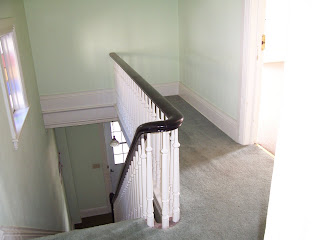 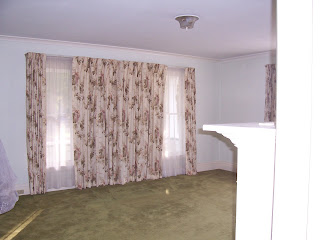