The trip to Chester was amazing. Our hotel room was right across the way from the colosseum. Next to that was the ruins of the Roman Gardens. 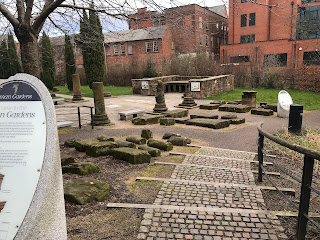 In the background, you can see what remains of the Roman baths.  They consisted of three rooms, one which was cold water, one which was hot water,. The final room would have been the warm water room where one leisurely soaked. Below is a close up of what remains of the hypocaust for the hot water. Fires would be built beneath the floor of the pool and the hot air would keep the caladarium water piping hot. Hypocaust means fire below. 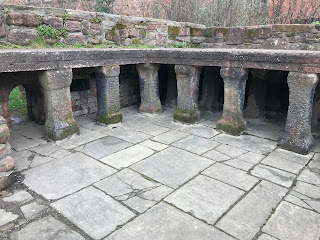 (It is a different fire down below than Bob Seger was singing about, fyi.)

The majority of the morning was spent in the Chester Cathedral. I provided the link, because the building is huge, so big that no picture I took could give you even a hint of the size. 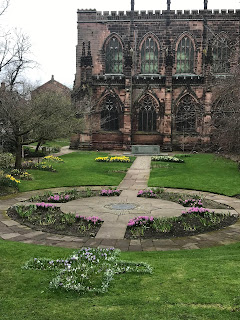 But it sure was beautiful. 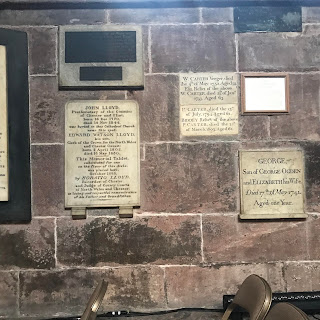 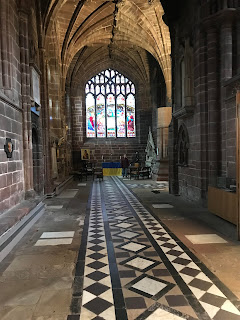 Both sides of this mosaic walk way are covered with the tombstones.
Tucked back at the end of this hall was a marble crypt . 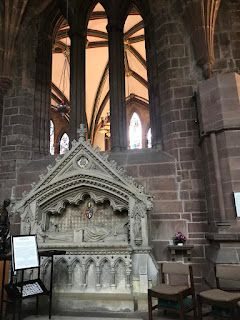 Behind the chair to the right, where the small vase of flowers sits, there is a small plain tombstone of a woman who died in the 1990s. A small token left there says, "Grandma". I found that moving, for whatever reason, that a grandma rests among all the long forgotten ancients and is remembered still. 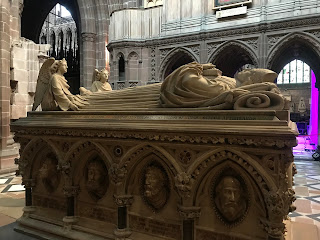 This clergyman sleeps with angels at his feet, 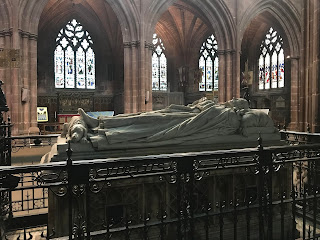 while this fellow spends eternity with his faithful dog at his. 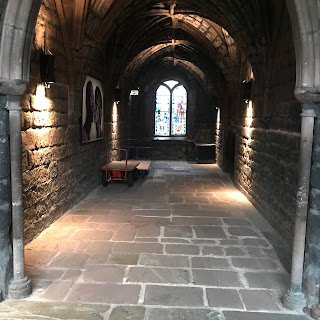 That was just one hall, but there were so many of them, all of them holding their own stories. 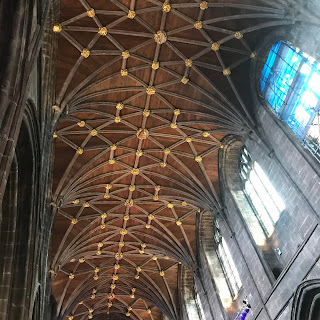 It didn't matter whether you were looking up... 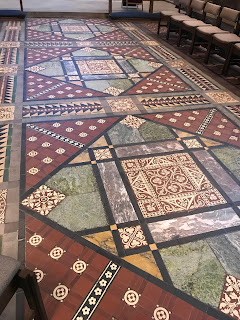 ....or looking down....
There was some amazing thing to see. 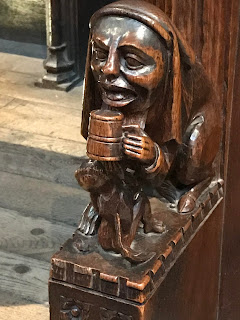 This is an interesting selection to be carved on a church pew, isn't it? 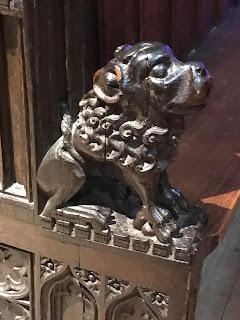 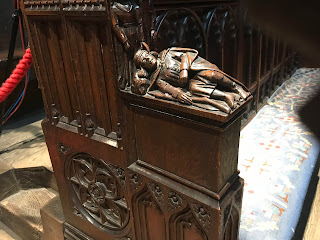 Just as interesting to me was the choir loft. You could see where several generations of bored choir boys did their own carving on the shelves that held their hymnals and prayerbooks during the long services. 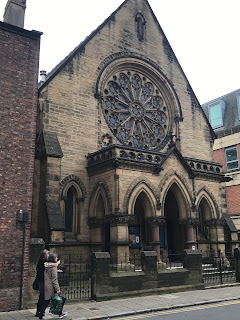 The church above was a small (compared to St John's and to the Chester Cathedral, anyway) Welsh church. It was not open to the public and I wondered about the stories inside that church.
Cara and I went to the Story House one afternoon and we saw 'The Duke' with Helen Mirren and Jim Broadbent. We both thought it was a nice film.
What holds up these posts is that I saw so much while I was in England. I was really fortunate to have a daughter and son-in-law who know their way around. They also both took a chunk of time off work to make certain that I was able to see as much of the sights as humanly possible. Every time that I post a picture, I find a dozen more I want to include.
There is no way to show you all of it, and I am sorry about that.
The pictures fall short.
So do my words.
Posted by Debby at 12:10 AM