The Globe Theater was where William Shakespeare's plays debuted, back in the 1600s.
It burnt down. It was rebuilt in 1614 but was opened for only 28 years before being closed down by an ordinance. In 1997, it was rebuilt. This is the rebuild. It is about 700 feet away from the site of the original Globe Theater. It was closed the day we were there (March 22nd). 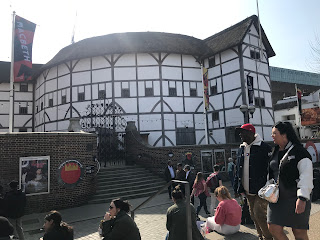 We walked over to the Southwark Cathedral, 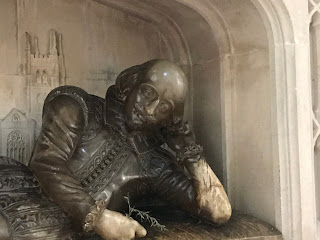 William Shakespeare was a parishioner, and there is a memorial to him. 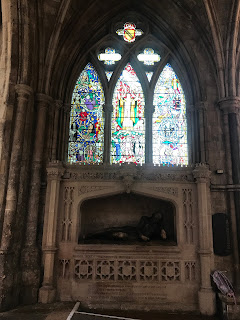 He is not buried here though.
His bones rest in Westminster Abbey.
The cathedral was beautiful. 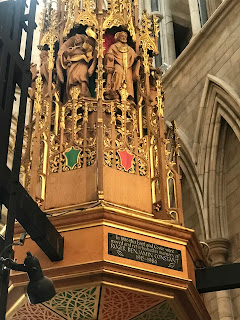 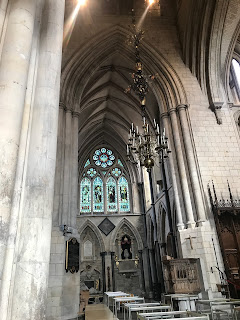 This is the crypt of John Gower, who is buried in the cathedral. He was a friend of Chaucer, a man who had renounced the secular world, and wrote three books on spirituality. The abbey he lived in was part of the cathedral. 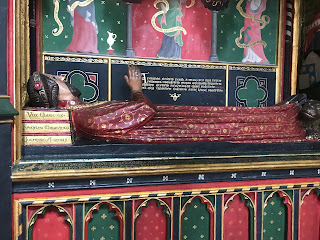 This is Hodge, the Cathedral cat. You can google him. He has quite a following.
My daughter knew exactly where to find him. He loves the heating vents. 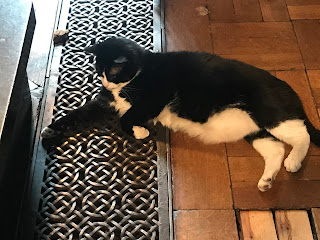 Between the Globe Theater and the Southwark Cathedral, we discovered this: 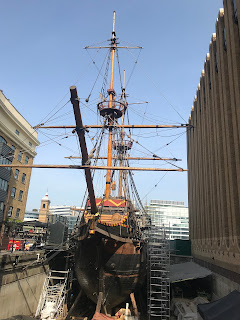 The Golden Hinde, Francis Drake's ship. It is a reproduction, of course, an exact replica, built using traditional shipbuilding methods 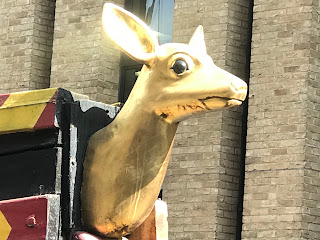 Another tenant died last weekend. His death was not unexpected, but sad all the same.
We've never had a tenant who died. Since November, we've lost three.
PS: Thanks Ed. Your tip worked!
Spare some special thoughts and prayers for our Sophie, will you?
Posted by Debby at 7:23 PM