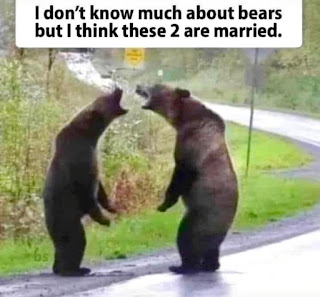 (And they are probably doing a renovation.)
The bathroom is completed and put back together with all new fixtures. Yay. This has been a big project, and we've been working hard and long on it. We replaced the big window with a more sensible small window, replaced the drywall. While I painted the laundry room, Tim painted the bathroom. The new flooring in the bathroom went down Friday. Everything else was taken care of on Saturday.
Monday, I will lay the new flooring in the kitchen and newly repainted laundry room while Tim completes the trim work in the bedrooms and livingroom. After that, the only big thing on the agenda is laying the padding and berber carpets in the bedrooms and livingroom.
It is hard not to get snappy when you're tired and trying to get things done. We did.
It bugs me that we agree on a course of action and then Tim just arbitrarily decides to do things differently. So there is that. He also worries about making a mistake. His big worry today was cutting out the holes for the faucet and water controls in the surround. He fretted about it last night as he was falling asleep. I was dancing on ahead about the flooring. He snapped, "The surround is going to take awhile. I need to be careful there or I'll ruin it. Don't rush me!"
I lay awake in the dark until I figured out how we were going to do it.
First thing this morning, I set out his tube of Persian Blue machinist dye. To his credit, he knew exactly what the plan was as soon as he saw it. We dabbed just a dot on the pipe for the tub faucet, and the pins that the water controls will connect to, backed the surround against them, and a blue mark was made on the back of the surround. He centered his hole saw on those bright blue dots, It worked quick as a wink and everything fit perfectly. I was very glad that I was able to solve that problem.
So, the inside will be finished, probably ahead of schedule (June 15th), and Jim can begin moving his furniture in to his new home. We can finish up the back deck while he's doing that.
After this, we're having some R and R at our poor neglected retirement property, tending to the garden, brush hogging, and (once Tim fixes the dump truck) we'll be able to haul some scrap out. That project can be done on our own time frame, and we can finally work at a leisurely pace and unwind around a fire at night.
Let summer begin!
Posted by Debby at 12:00 AM