All In the Family

My daughter in law has begun to show symptoms of Covid 19 after coming in contact with a patient who later began to display symptoms. The patient was finally tested, but due to the back-log of tests, the test results are not in yet.

Brittani's symptoms are mild. She is waiting on test results and cannot return to work at this point. Dylan has begun to also feel a tightness in his chest. He's been set up to work at home until Brittani's test results come back to protect HIS coworkers.

Iris is not currently displaying symptoms.

They live on the other side of the state, which has been very hard hit.

I worry, of course, but my main prayer is that if this is the corona virus, their mild symptoms will lead to immunity for all of them.
Posted by Debby at 2:02 PM 3 comments: Links to this post

The spring flowers are beginning. Snowdrops have been out for a while, and then came the crocuses, the forsythia. I saw primrose growing along side a fence, four different plants, in four different colors.

Tim picked me some daffodils from the house we're renovating. I put them in a vase. They are such a happy little reminder that hard seasons do not last forever. This season will change.

"This too shall pass."

"Although the world is full of suffering, it is also full of the overcoming of it."
(That's Helen Keller, btw.)

So...I ask you...what are the words you whisper to yourself in the dark?
Posted by Debby at 8:33 PM 4 comments: Links to this post

I currently have a dozen caterpillars eating heartily in my living room.

The only difference between them and me is that they are in a jar.

And they'll eventually turn into butterflies.
Posted by Debby at 5:26 AM 3 comments: Links to this post 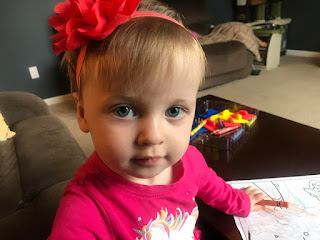 Posted by Debby at 9:47 PM 2 comments: Links to this post

The Art of Small Bites

When I was a child, I heard it said: "Slow down. Take small bites. Don't gobble your food." In the middle of my chocolate pudding, I did not get it.

When I was a single mother struggling through tough days, I heard it again: "Savor these days. When they are gone, you will miss these times terribly." In the middle of my worries, I didn't have time to really take that advice to heart. I was just too busy.

Then, treatment ends. The fear of recurrence fades. You get sucked back into the current of life. The daily grind. Keeping up. Doing the best you can for those around you. Living your purpose.

Yesterday was a rough day. As per usual, I was trying to cram all my housework into one day and that's damn well enough without washing the same load of clothes twice, or spot cleaning cat barf off the carpet (and WHY is it ALWAYS the CARPET??!!!) I was worrying about my job. How long will this virus thing go on?

One think led to another.

And all those thinks got to be too much thinking.

This morning, Tim and I talked lazily in bed for an hour. We had no place to be.

He went to Grand Valley to play with tractors and to brush hog.

I tuned in to Zoom to listen to the Bishop's sermon about Martha and Mary and the raising of Lazarus. I listened to this sermon while I cleaned the bathroom and scrubbed the fixtures. I realized that I had unconsciously reprised the role of Martha from an earlier parable and was a little ashamed of myself.

I baked cookies. I didn't double the batch. 36 cookies is enough. As each tray baked, I filled in the time by cleaning the kitchen. In an hour, my cookies were baked and the kitchen was back to rights.

Our house is a hundred years old. Like all old houses, it is the opposite of the open concept that is so popular these days. Every room has doors.

Every room can be blocked off and heated on its own, a wise thing for old houses with radiator heat. Alas, the radiators are gone. Due to the improper winterization of a foreclosed property, the piping all froze and burst and destroyed those lovely radiators.

But the doors remained: four rooms with french doors. Heavy 4 panel doors in the bathroom and the kitchen. They were dusty. And so I got the polish and sprayed them down an polished them.

I thought about the people who made those doors. Craftsmen from another time. They had seen WWI. the Spanish Flu Epidemic. WWII. Mrs. Brown was the wife of the business man who had this house built so long ago. Her father is listed on the monument in the center of town, one of our Civil War heroes.

The hands that touched those doors had gone through tough times of their own, and without the luxury of keeping in touch through the internet. The same internet that I cursed yesterday, sick of the foolishness of it. Without the luxury of a freezer of food, of central heat, the entertainment of 3 dozen channels on a television set.

I polished those doors and I really took that time to admire them, paying homage to those who had been here and gone ahead.

I put my cleaning stuff away, and I came into my comfortable livingroom and put my laundry away. Small things. Small bites. But I chewed slowly, and I savored my day.

I feel better today and I apologize for yesterday's cranky nature.

Posted by Debby at 1:53 PM 6 comments: Links to this post