I walked over to vote at the courthouse yesterday morning. I really had no hope of making a difference in my county, but I still do it. It seemed busier than usual, which struck me as a good sign. I cast my votes, and walked back home. I'm just so heartily sick of the predictions. I wish the media would stick to broadcasting the news rather than trying to forecast it.  I decided to avoid television, social media and the online reports.

I spent the day cleaning the bedroom. Moving the bed to watch the eclipse had revealed a large herd of dust bunnies quietly breeding under it. (Really, they could have killed us in our sleep).  I set off to do battle with them and am pleased to say that in the end, victory was mine. I spent the rest of the day in the kitchen making beef stroganoff for supper. We were having company.

We watched Jeopardy and when that was over, all stations took up the election reports. I went to bed. I just couldn't bear to listen to any of it. 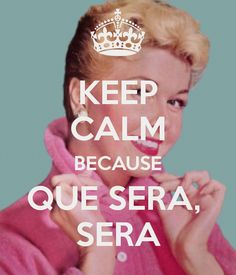 I slept soundly, secure in the knowledge I was safe from dust bunnies.
The world looked much brighter today.
We have a new governor. By 9:30 we had a new senator.
Oz conceded and went back to New Jersey.
Tim and I were very happy.
I said, "It just feels like we stepped back from a precipice."
Tim said, "I know it. This could have been very bad."
I've been experimenting with my bread recipe. I make a nice rustic wheat bread, good and dense, perfect for soups, but I've been unhappy with my soft white bread recipes. I studied more recipes online, and picked one, and lo...what I pulled out of the oven looked very promising. Tim walked in the door and I cut him a piece. "Mmmmm..this is perfect!" he said,
I also found my orange mug. Somebody (who shall remain nameless) had been cleaning and did a bit of rearranging. I had plunked it down on a side table. It was behind a picture on a table that it is never set on.
Some days go just a bit better than you expected, don't they?
Posted by Debby at 12:00 AM