He tells her that the world is flat ~

He knows the facts and that is that.

In altercations fierce and long,

She tries her best to prove him wrong.

But he has learned to argue well

He calls her arguments unsound

And often asks her not to yell.

She cannot win, he stands his ground.

The planet goes on being round.

I guess that is where I am at right now. We have 9 more days until election day. I am so sick of the advertising. I don't think that a governmental body should spend our money to influence to fight against the the other party candidate in an elecion that is bound to decide control of that governmental body. We are bombarded with advertising right now. Television ads coming one right after another. Mailers arriving virtually every day. Phone call after phone call, bogus 'surveys' mostly. Recent phone call (female voice) "Hello. I was wondering if you would mind answering a few questions for our survey." Me (having heard this nonsense so many times) "What candidate are you calling for?" Long pause: "Well...I just have some questions..." Me: "I'm trying to cut to the chase here. You have no questions for me. You just want to offer me information on your candidate. Who are you representing?" Long pause. She told me. I responded, "Now there, I've saved us both a great deal of time because no matter how hard you talk, I'm not voting for him."

I  am taking a cue from John. I have given up the news at this point. 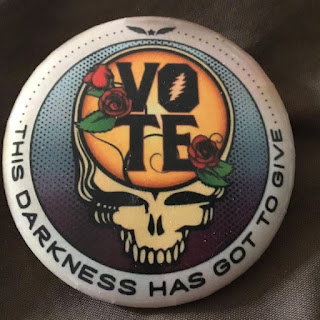 I know what I know, and I don't need the last minute hysteria. 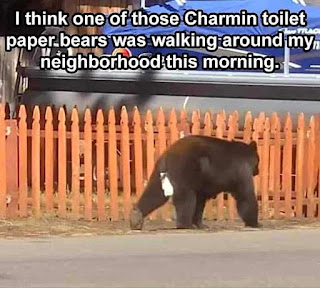 However, a good laugh is never wrong.