Tim was up at 6:30 this morning, and raring to go. "Get up! Time to get up!" Just as excited as a child on Christmas morning.

I did get up, but I wasn't all wound up and raring to go like he was. We had a big pile of wood waiting for us in Grand Valley, fresh from Levi's saw mill. We were adding on a 24 by 12 lean-to on the side of the garage. Tim had cemented in the four support beams on Saturday but we needed to  complete the cover for it, building the framework and putting up 13 beams, one end of which attached the the garage, and the other end fit onto the support framework.

Tim and I usually work well together, really, but the one thing that really bothers me is that he has a plan in his head, one that I can't see, so I have to wait to see what he's doing. Unfortunately, he is a thinker, and so he spends a lot of time second guessing himself and measuring twice, cutting once, etc. while I stand there trying to figure out what the vision is.

By lunch time, we had six boards up.

So, I began getting impatient like I do. Despite my vow of patience, despite my vows to go weed something if I was getting irritated (for the record, I did get some weeding done), I found myself saying things like, "Tim. I don't understand why you just have to do things the hard way, every time." He snapped back, "Well, what's your plan, then?!"

Honestly. You never see the married people on television fixer-upper shows bickering. We've never once just quietly done a project without some irritated bickering and snapping. I guess it's safe to assume that DIY television won't come knocking on our door anytime soon.

Tim did incorporate a couple of my ideas into cutting the beams and attaching the hangers.  I carried the finished beams over to the building and set them where they would eventually be mounted. Even he had to admit that things were going much faster. We had all the beams up by 2:30. I pushed the 4 by 8 sheets of plywood up a ladder to where Tim was waiting to grab the end and shift them into place on the roof. He hammered, while I hauled out another sheet and started up the ladder. By 4, we were installing the fascia.

We drove into town to get supper at a fast food place, (I was dirty and sweaty and not fit for anything else). and then got back to it, installing the drip edge, the rolled roofing,  and the flashing. By 6:30, we  were done. We gathered up the debris and we gathered up the tools and put everything away.

We drove home in contented silence. We were both bone tired and aching but very proud that we'd gotten it done. All of it. For all the snapping and bickering, we really do work well together.

Tim said, "That's what happens when you are retired. You work sunup to sundown."

LATE EDIT (specifically for Han Dylan) We added this structure to the side of a 24 x 24 ft garage. It will hold 3 tractors backed in to 3 bays. 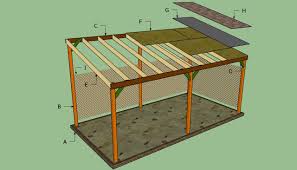