Today we went to Gainsborough Manor. It was such a perfect day despite a brisk wind. I said, 'so is this what they call a hoolie?' Colin assured me it was nowhere near a hoolie. Something to look forward to, I suppose! 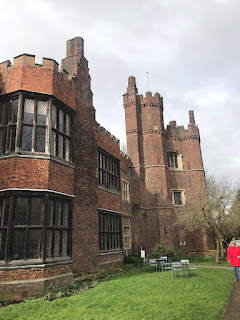 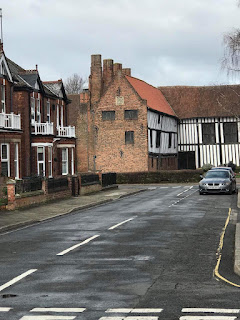 These crooked walls have stood for 600+ years. It was amazing to stand under the roof and hear those old timbers creaking in the wind. The Great Hall seated 100 people. 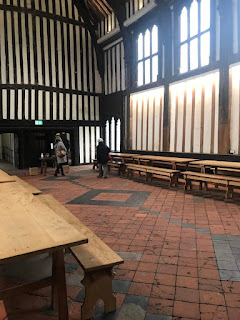 The kitchen had two cooking fireplaces on opposite walls, one for roasting, one for boiling, 30 feet long at a minimum. On a third wall between them, there were two massive bread ovens. 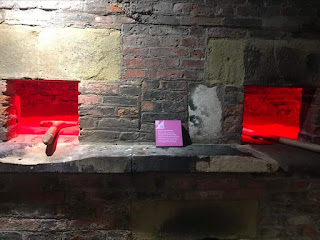 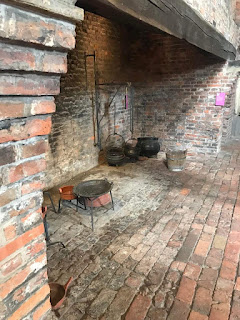 I have so many more pictures but I know the post will not publish. And as previously mentioned, posting on a tablet is a PITA.
At the Gainsborough church next door, we heard a choir singing. As their voices raised to ancient vaulted ceilings, the moment was so perfect that I could almost believe I had died and gone to heaven. 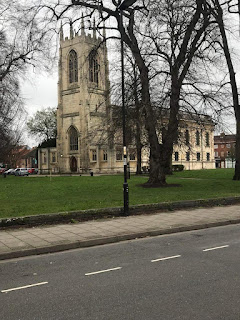 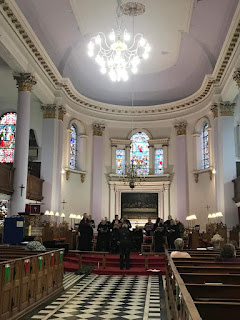 The most important souls listened with their ears to the foundation. 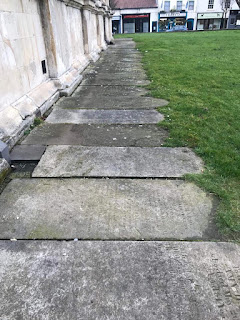 We finished our day at RuffordAbbey. At the rear you can see the ruins of the Jacobean wing to the right. 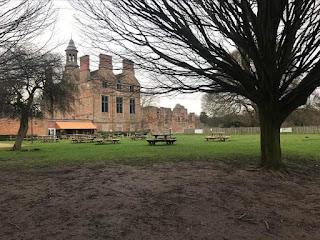 The light was gorgeous. 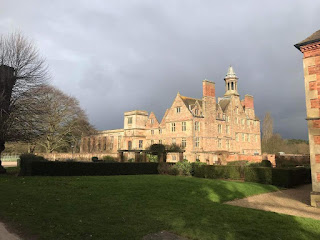 A gate led to a wonderful garden. We had to power walk it since they were a 1/2 hour from closing. 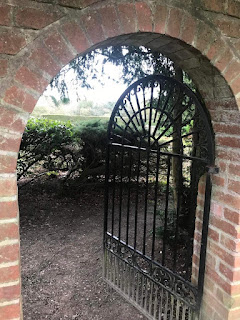 When we got home, Cara introduced me to the wonders of a soupmaker. Just add two potatoes, one Swede, a carrot, parsnip, onion and broth with seasonings. 21 minutes later, you have a delicious hot bowl of soup. Perfect end to a perfect day!
Posted by Debby at 6:47 PM