Well, Northsider, it was a red letter day! I went to a carboot sale today, and what a fun morning we had. The three of us stopped simultaneously and said, 'Tim!!' We found the perfect gift for him. 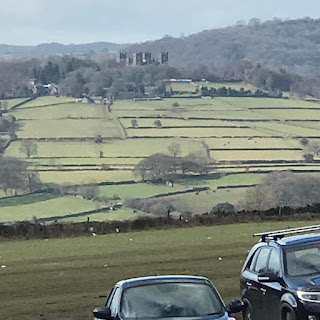 It was pretty windy, but it was not as cold as yesterday.
The view was beautiful. 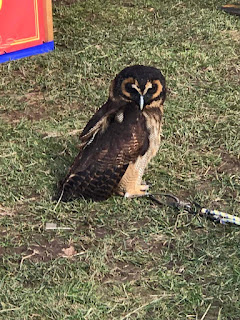 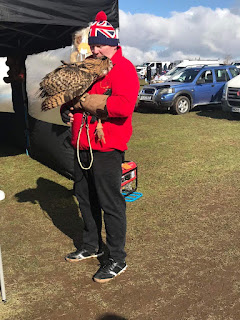 There were even owls!
Then it was on into Matlock, a town seemingly carved right out of the stones in the surrounding mountains. 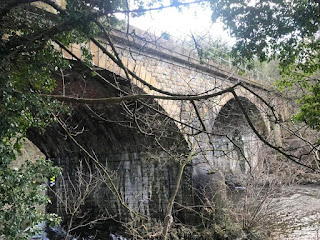 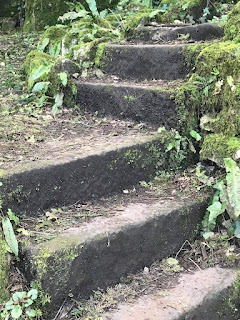 We hiked up to Matlock church. 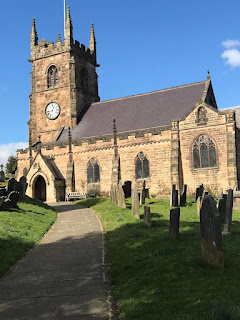 Inside there was a 12th century baptismal font. 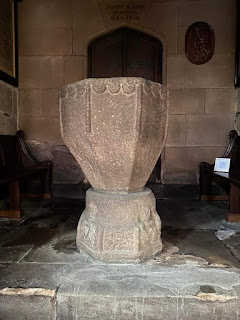 Can you just imagine the generations of babies baptized there, who went on to live their own lives, have their own children, grow old there, be buried there, generation after generation... 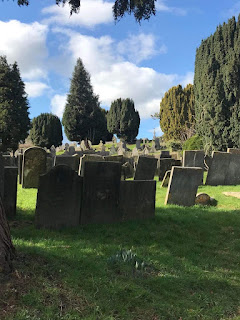 Well...if they were lucky. Not everyone lives a long life. 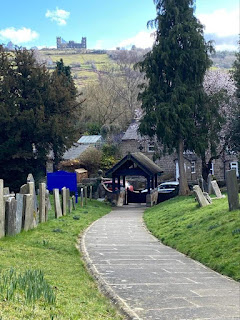 We sat outside in the bright sunshine having our picnic lunch and hot cup of tea, while admiring the view. (My God! How many castles does one country need?) I said, think about all the people who have stood in this cemetery and felt as if their world was ending? But it didn't...'
And Colin said, " Well, we can't be so sure of that now, can we?"
(No.
I sat in that holy place and silently damned Putin, and call me what you like, I surely wouldn't mind God damning him too.)
We hiked back down and wandered through the beautiful town.
Then it was on to Bakewell, home of the world famous Bakewell pudding.
(I never heard of it either, but have done my due diligence, and can say with no hesitation that it was well worth the detour.)
There were dogs everywhere and signs on the majority of stores stating they were dog friendly. We laughed at one store as we watched a little French bulldog catch eight of a blue glazed pottery French bulldog sitting on the floor. The real deal was quite confused that her friendly advances were rebuffed in stoney silence.
Another lovely day of adventures. Cara cooked us pad Thai noodles for supper and it was delicious.
Posted by Debby at 6:03 PM