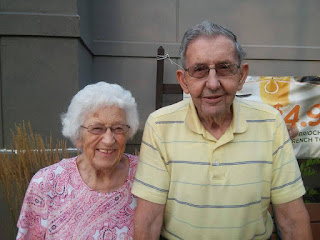 This is Roger, our 97 year old friend, with his wife, Agnes.
The picture is from Agnes' facebook page. 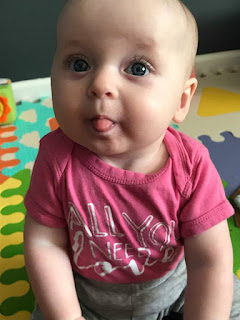 This is Iris. She's just discovered she has a tongue. 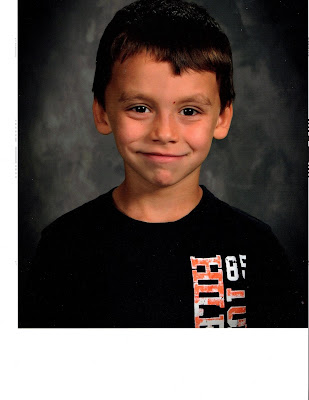 William found his tongue a long time ago, and it hasn't stopped waggling since.

We have a friend who is 97 years old and Tim and I both love his stories. His father was a logger who cut logs downriver from where they lived, at a place called Althom. Back in the day, a train ran through there, and the men would catch a ride up river, disembarking across the river from Grundeville Road.

They crossed the river by firing a shotgun up into the air. An old man who lived on the opposite side of the river would come in his boat to ferry them across, and they would begin the walk up Grundeville Road to their homes in Heart's Content.

One of loggers was a singer and he would walk along the road singing. His wife and small son would listen for the singing getting louder and louder the closer he got to home.

Roger has his father's pocket watch hanging on the wall. His father was taking a load of logs down the Allegheny River to Pittsburgh. The large raft hit a bridge and split in pieces, tossing the crew into the icy water. Amazingly for a boat man, his father did not know how to swim but managed to make it to shore, as did the rest of the men. Later, at the boarding house, his father shook the water from his pocket watch and set it on the radiator. It began to run once again.

The stories pour from Roger, and I love the look on his face when he tells them. He always seems amazed when we return to spend our Sunday afternoons with him. After our visits, he always sits in his little room and wonders if we'll come again.

We showed up Sunday with an armload of Fortune magazines from 1935, which he dearly loves to read. "I'm glad you're here! I wondered if maybe I hadn't talked too much last time," and he looks unbelieving when I tell him that his stories are what keeps us coming back.

We prime the pump by asking a question, and he's off and yarning once again. We listen intently, trying our best to gather all these details, asking questions.

After a couple hours, he leaned back in his chair. "Isn't memory a strange, strange thing? I could not tell you what happened yesterday, but I can remember a rhyme my father taught me when I was young," and he recited:

He stood upon a burning deck
His feet were covered in blisters
He had no trousers of his own,
that's why he wore his sister's.

He shook his head. "Now why would I remember such a thing? Why do you suppose all these stories just come to my mind one right after another?"

I don't know, but I'm glad for those stories and for the old man that tells them to us.

You know, I have tried to sprout an avocado for years. YEARS. I cannot tell you the number of times that I carefully started this: 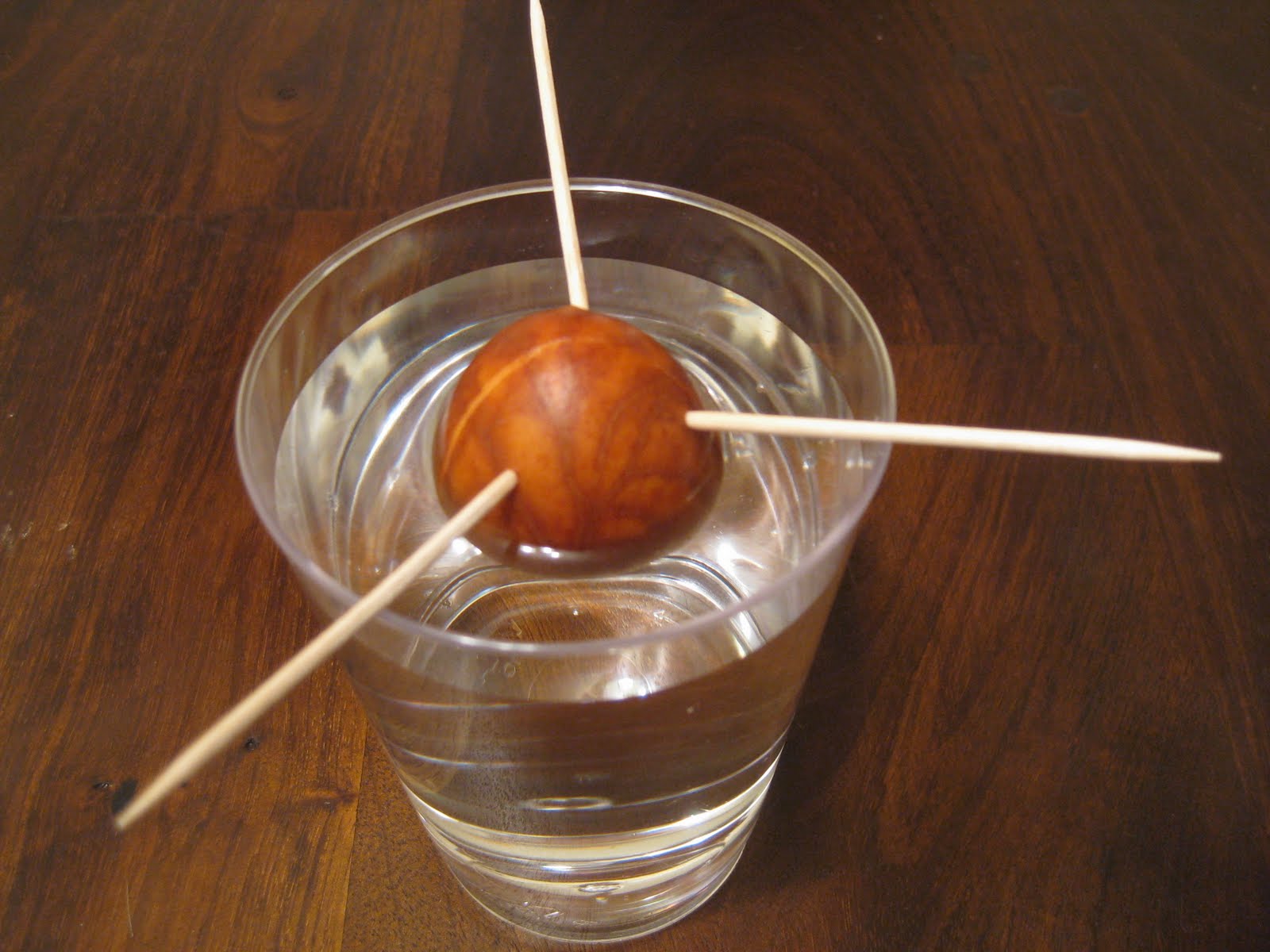 It never worked. Ever. Not once.

So, I bought a special sprouting vase.

That didn't work either.

I don't even know how long ago, but I was making my avocado toast and impatiently thought, "Mother Nature does not stick a pit with toothpicks and suspend it over water. The dang avocado falls on the ground and it either grows or it doesn't." With that, I stuck the pit in a large pot and because I am senile, I promptly never thought about it again.

Until today,  I noticed a 15 inch tall tree in a large pot and did an little gentle exploring. Much to my surprise, after 40 years of failures, I finally managed to grow an avocado tree.
Posted by Debby at 7:41 PM 4 comments:

A couple years ago, Tim and I signed up for an Amazon credit card, enticed by a hefty discount on an order we were placing.  We signed up for it, and were approved immediately and upon checking out, we were offered free express shipping. We took it.

We found ourselves signed up for Amazon Prime, with a hefty (to us) yearly charge plus a monthly charge. I called immediately to dispute the charge, and was told that I'd authorized the charge when I accepted the free shipping.

That irked me because no where, to my recollection was it explained that by signing up for the free express shipping you were enrolling in the "Prime" program. They removed us from the program, and they removed the charges from our account.

Tim and I do not do a large amount of on line shopping, so the card languished, unused. I'm guessing after a period of no account activity, they canceled it because at Christmas time, when we were once again doing the online shopping thing, it popped up again that we could have an Amazon credit card. Again, they offered us a hefty discount on an order (in this case we saved $25 on a $60 order). So we took it.

Being wise to the ways of Amazon, we ignored the free express shipping.

Long story short, I placed an order last month and we received our bill. We were charged for Amazon prime.

I disputed it. We do not do enough on line ordering to justify $13.77 a month charge, plus the annual fee. I had not authorized the charge, and we had accepted no free express shipping offers.

I find it annoying that a multi-billion dollar company would resort to sneaking in extra charges. How many people don't catch this? Or think they have no choice but to pay it?

It hasn't been an awful winter. It just seems like it's been a long one. The storms come with long advance notice, dire forebodings. When they come, we wind up invariably saying, "Well, that certainly wasn't as bad as they were predicting..." But the storms come. We had a couple of warm days, which really honed my appetite for spring.

Friday night, Tim and I went out for dinner. We stopped at the Goodwill. I was delighted to find a cast iron fairy. She was leaning back studying a bird on her outstretched foot.

I picked it up.

It will look great hidden away in the garden, come springtime.

We had bad colds going around.  Tim missed Iris' baptism because of it. I've been dealing with it since the last week of January.

I picked William up from school Friday, for the first time in a long time. His mother is working a job now that generally allows her to be home before he gets out of school, a nice change for both of them. She meets the bus, but this day, she had plans for the evening, and so we agreed to pick up William and keep him for the night.

I stood in the cold wind, excited to see how his day had gone. He took cupcakes for his birthday, Mario Brothers cupcakes, half with red frosting and half with green frosting, each one with a Mario or Luigi ring perched on top. These cupcakes were a big deal to him and he couldn't wait to share them with his classmates.

When I finally saw him coming out of school, his face was dead white, and his eyes had dark circles. I said, "Hey, are you okay?" He handed me the tray containing the four remaining cupcakes. "Can you carry these? They are so heavy." He looked ready to cry.

I took the cupcakes and we headed for the car. "Are you sick?" I asked. "I don't know," he said listlessly. But when we got home, he shed his coat and boots and hat and headed straight to the couch where he slept for 3 hours. He was running a fever.

Tim came home and said that he was headed to his son's house to do some renovating with him. He called out from the kitchen, "Hey do you care if I take a cupcake for Mike and me?" I told him to go ahead.

When William woke up, he was flushed and querulous. He came into the kitchen for some orange juice and noticed that his cupcakes were gone. He was plenty upset. Turns out he had been feeling so badly at school that when it came time to hand out the cupcakes, he didn't eat one. He told me that he put his head down on his desk and had a nap.

I was very relieved when Tim came home with the plastic tray, with the two remaining cupcakes. William wasn't though. "Where's the red ones?" he asked. "I ate one and Mike ate one," Tim said. "There are two green ones. They won't taste any different."

William wailed. "One of the red ones was MINE!"

Tim patiently explained, "The green frosting tastes the same as the red frosting. There's no difference."

William was not consoled. "They ARE different," he cried. "The red one was MINE. I licked the ring and put it back on my cupcake."

"Oh NO!" I gasped. Tim about fell on the floor laughing.

For this winter, when Paddy goes down to the basement to use her litter box, she generally comes tearing back up the stairs like something is chasing her.

When doing the laundry or cleaning aforementioned litter box, I've taken to casting wary glances around me. We have a big old coal room that has no light and it creeps me out. Whatever could be in there? Spooks? Rats? Boogey men?

After one of Paddy's recent screaming tears up the basement steps, I said to Tim, "I'd sure like to know what it is that scares her down there."

Tim says, "Well there is something down there. I've heard a chipmunk scolding me when I work down there. I never have seen him and I can't tell where the noise is coming from, but he's hanging out down there."

We don't know how he's getting in and out. We're not sure what he's eating. We're not sure if he's coming upstairs (we have to leave the door open for Paddy.) I suppose this is better than a spook.
Posted by Debby at 2:03 PM 4 comments: